Periodontal disease is a common condition that ranges from simple gum inflammation to a serious disease causing major damage to the soft tissue and bone that support the teeth, and loss of teeth.

It has also been associated with heart disease, stroke, and diabetes, as well as oral, esophageal, head and neck, pancreatic and lung cancers. Previous studies have suggested that chronic inflammation could provide the link.

Risk factors for periodontal disease include genetic predisposition, smoking and hormonal changes in girls and women, which can make gums more sensitive so that it is easier for gingivitis to develop.People with reduced ability to fight infection due to diseases such as diabetes or treatment for cancer are also prone. Medications that limit the flow of saliva can also leave the mouth vulnerable to infections.

Regular brushing, flossing and cleaning by the dentist can help to prevent it.

Researchers led by Jo L. Freudenheim, PhD, distinguished professor in the Department of Epidemiology and Environmental Health in the University at Buffalo’s School of Public Health and Health Professions, NY, set out to investigate if there was any relationship with breast cancer.

The team monitored 73,737 postmenopausal women who were enrolled in the Women’s Health Initiative Observational Study. None of the women had previous breast cancer, but 26.1% of them had periodontal disease.

Previous studies have suggested that smoking impacts the development of periodontal disease, so the researchers took smoking status into account.

After a mean follow-up time of 6.7 years, 2,124 women were diagnosed with breast cancer. The researchers found that among all women, the risk of breast cancer was 14% higher in those who had periodontal disease.

Among women who had quit smoking within the past 20 years, those with periodontal disease had a 36% higher risk of breast cancer.

Women who were smoking at the time of the study had a 32% higher risk of breast cancer if they had periodontal disease, but the association was not statistically significant.

ASK OUR DENTIST AND TEAM A QUESTION OR GET AN ESTIMATE: 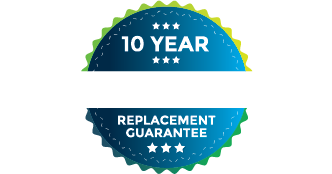